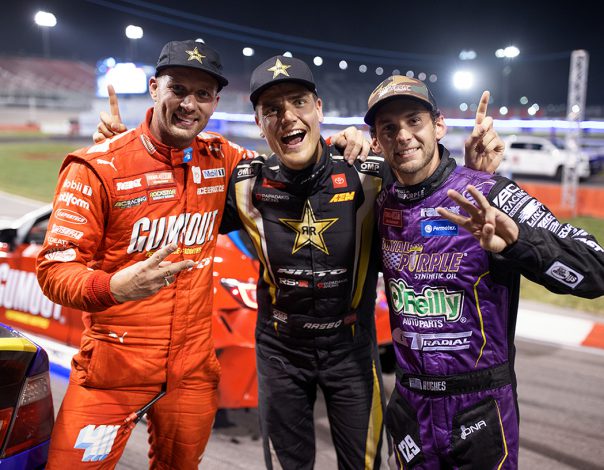 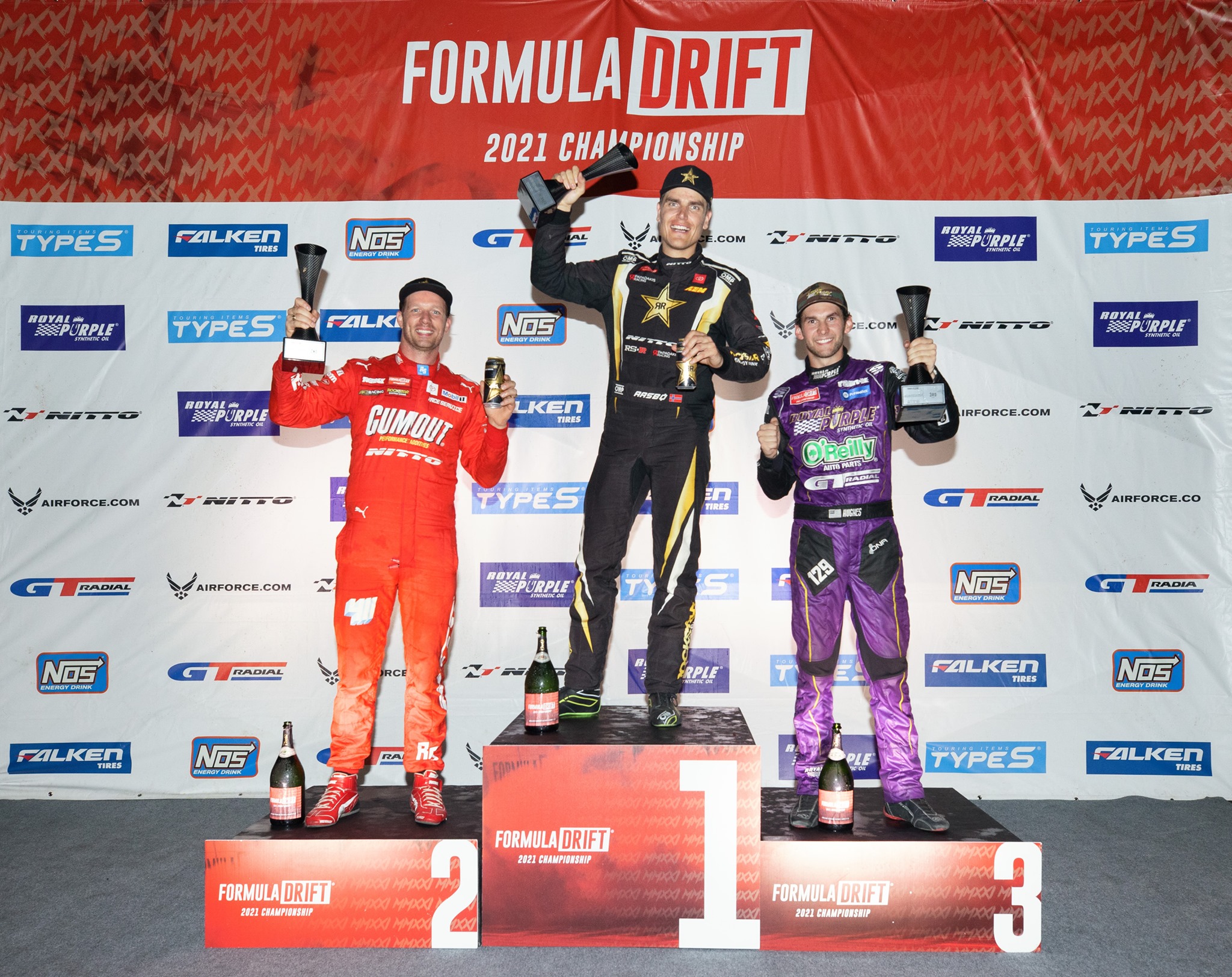 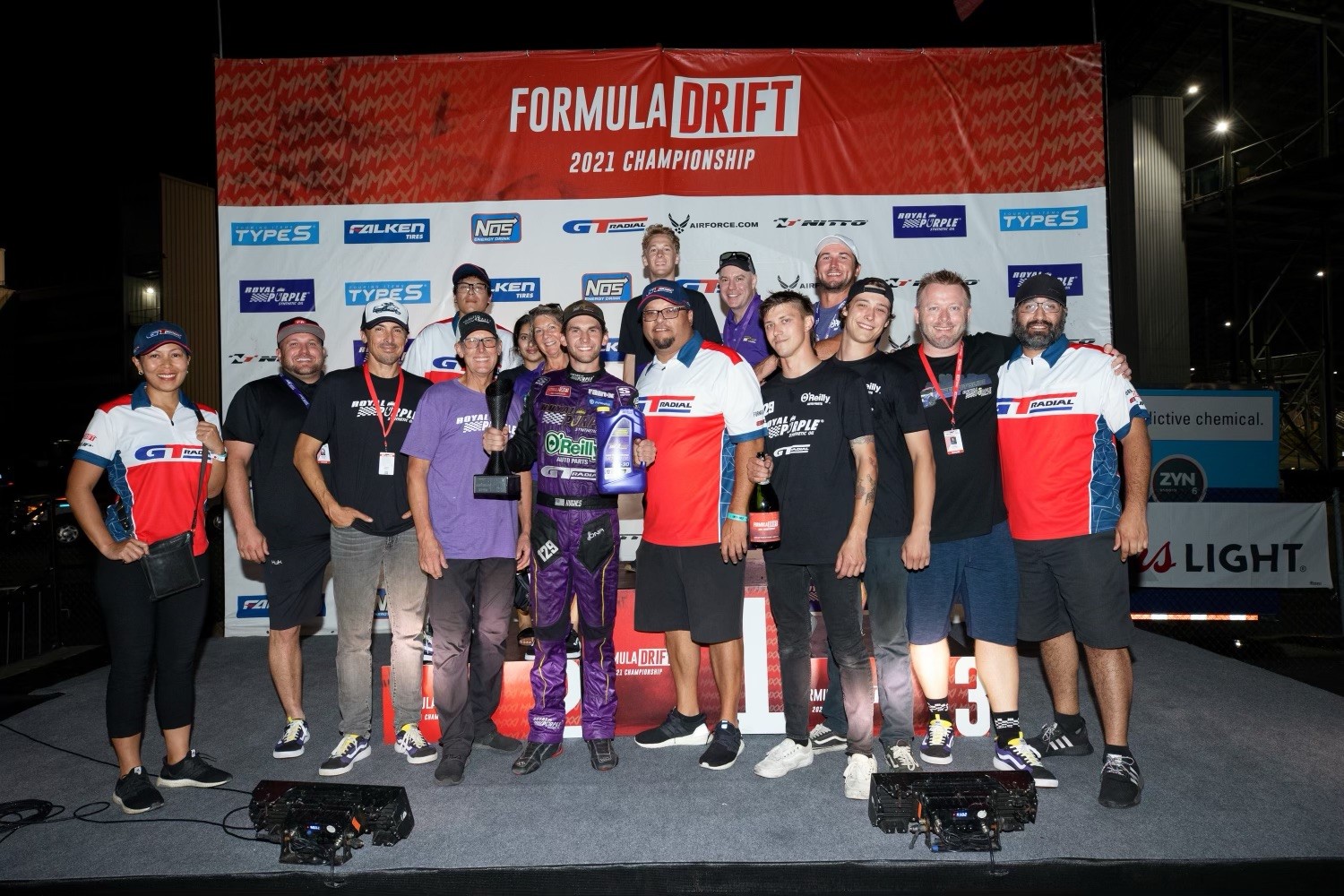 According to Formula DRIFT, third-place Hughes, who also finished third in the previous competition in Seattle, “is proving to be a consistent finisher and future FD PRO Championship contender. He moves up to seventh overall.”

“GT Radials are the most mental tire I’ve ever driven on and I love it,” Hughes said.

The Champiro SX2 RS tire, which is produced at the manufacturing plant in Richburg, SC, is turning heads in Formula DRIFT for very predictable handling and outstanding durability.

“I would like to congratulate Dylan on another stellar performance and a job well done. This finish makes it back-to-back podiums for him and his team,” said GT Radial Motorsports Manager Mike Meeiem. “It’s a great feeling to help our drivers achieve their dreams!”

Meeiem added, “I want to personally thank everyone from our production team at the factory, inside sales and all of our distribution centers that get these tires to the races when we need them.”

With Hughes’ podium finish in his Permatex / GT Radial BMW E46 in St. Louis, GT Radial has achieved three podium finishes so far in this year’s Formula DRIFT competition and moves up to third place in the tire manufacturer ranking.

In addition to Hughes’ two third-place finishes in St. Louis and Seattle, three-time Formula DRIFT champion Chris Forsberg got to the podium on GT Radial tires with a 2nd place finish on June 19 at the New Jersey competition.

The “American Engineered, American Made” Champiro SX2 RS tires were developed at the  US R&D Center, which adjoins the manufacturing plant in South Carolina, and are produced with pride by plant team members. It is an evolution of the previous SX2 design. Utilizing all the strong points of the original SX2, the SX2 RS applies an all-new tread compound to refine the tire’s performance. Keeping the extremely aggressive and proven asymmetric tread design, it offers increased cornering stability and grip in dry and wet conditions.